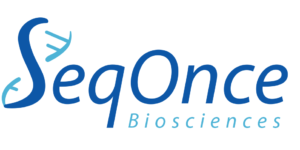 Startup SeqOnce Biosciences is aiming to increase the speed and user-friendliness of library preparation for next generation sequencing.

The company, a 2014 spinout from the University of Southern California, is getting ready to roll out its first products later this year, DNA library prep kits called Rapid DNA-seq that use a proprietary sample prep chemistry the firm licenses from USC. In addition, SeqOnce is developing a metal nanoparticle technology for a variety of applications, including biomolecule purification and targeted sequencing.

According to CEO and co-founder Chris Angermayer, the privately held company, which is located in the Pasadena Bio collaborative incubator, is seeking to raise $3 million in a Series A funding round this fall, following a bridge round of financing this summer.

The technology underlying the new library prep kits, which are currently in beta testing with a number of clinical and academic research laboratories, was originally developed by Joseph Dunham, the company’s CSO and other co-founder, while he was a graduate student at USC, where he completed a PhD in molecular and computational biology.

Dunham said the approach runs in a single tube and minimizes users’ hands-on time, which occurs mostly during the first two steps of the process. The third step is a PCR reaction, followed by a single clean-up step. Other companies’ library prep protocols, he said, involve several purification steps between enzymatic reactions.

Dunham declined to provide further details about the method, but he is the sole inventor on a US patent application, filed in 2015 and published last year, that describes a method for generating adaptor-ligated libraries of nucleic acids. It involves the creation of DNA overhangs, which can improve the efficiency of enzymatic reactions, such as ligation.

SeqOnce released an earlier version of the Rapid DNA-seq kits for beta testing last year, which took about two hours to perform. The new kits can generate sequencing libraries in less than 40 minutes, and work with as little as 500 picograms of DNA. The company believes that they are suitable for automation, though it hasn’t tested this yet.

The plan is to launch the kits widely by year’s end, initially only for Illumina sequencing platforms. The firm is also developing the method for bisulfite sequencing, RNA-seq, and ChIP-seq.

“Our goal is to compete on speed and price,” Angermayer said.

SeqOnce is also working on a PCR-free version of the technology that will reduce the time of the workflow to 20 minutes, as well as on ways to reduce DNA input requirements further.

According to the firm’s website, SeqOnce is also working on library prep kits for single-cell DNA and cDNA, which it plans to launch next year.

In addition, the company is forging collaborations with other firms to develop its technology for applications such as bisulfite sequencing and RNA sequencing. Among them is Episona, a Pasadena-based firm that offers an epigenetic male fertility test.

“The SeqOnce library prep is simplified over existing solutions, making the sample processing time shorter and less error prone,” said Alan Horsager, Episona’s president and CEO. “We are looking at their technology to help us with our sequencing needs.” While Episona currently runs its fertility test on an array-based platform, it might explore a sequencing-based assay in the future, he added.

In addition to sequencing sample prep solutions, SeqOnce is working on kits for mRNA and DNA purification. Those kits will use its single- and mixed-metal nanoparticle (MMNP) technology, which Angermayer said was developed by Marcus Yaffee, whom SeqOnce hired as a senior research scientist last year. SeqOnce can provide custom nanoparticles, as well as bio-conjugates, from noble metals, transition metals, metalloids, alkali metals, and rare earth metals, as well as their stable and radioisotopes, according to its website.

Besides targeted sequencing, applications for its nanoparticles include flow cytometry; various types of pectroscopy; targeted drug delivery; separation of proteins, nucleic acids, other macromolecules, and cells; and correlative microscopy.